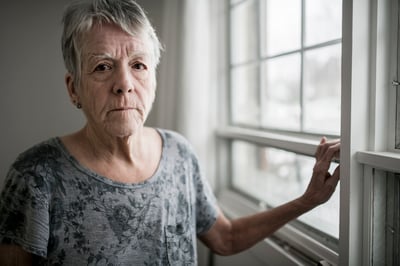 The First Step to Preventing Elder Abuse Is Recognizing It

The physical, emotional, psychological, financial, and medical abuse of elders is a sad reality that causes pain and trauma for millions of older Americans.

Elder abuse is sometimes hard for caregivers to spot, and the majority of cases are not reported. Elder abuse takes place in private homes and private and public care facilities. It is most often perpetrated by trusted figures, including family members, friends, and professional caregivers.

Because victims are often reluctant to report elder abuse, it is difficult to determine exactly how many seniors are affected. But as many as 1 in 10 people over the age of 60 experience elder abuse, according to the Centers for Disease Control (CDC).

All seniors deserve to live out their final years experiencing dignity and love, not pain and suffering. That’s why it’s so critical for caregivers and professionals to recognize the signs of abuse, report it, and end it.

The Elder Justice Now Campaign has produced a 16‑minute video showing people whose lives have been disrupted by elder abuse. “I don’t think people in this country like to talk or think about it,” the video begins.

But we need to think and talk about elder abuse before we can stop it from happening.

There are several different definitions of elder abuse, and all of them reflect the reality of a trusted person harming a vulnerable older adult. Here are some definitions from reliable sources:

Elder abuse is perpetrated by family members, caregivers, and other trusted people. The CDC identifies 5 common forms of elder abuse.

The field of elder abuse research is relatively new, and there is a lack of uniformity when it comes to classifying different types of elder abuse. NCOA also identifies confinement (restraining or isolating an older adult, other than for medical reasons) as a form of elder abuse. Elder abuse can also include self‑neglect, abandonment, and abduction, all of which are reportable offenses in California.

The National Council on Aging (NCOA) estimates that up to 5 million older Americans experience elder abuse every single year.

But these numbers are likely the tip of the iceberg. Many elders do not report abuse because of fear of retaliation, shame, and embarrassment. As a result, only 1 case in 24 is reported to authorities.

In this video, Paul Greenwood, an elder abuse prosecutor in the San Diego County District Attorney’s office, shares 10 tips for caregivers, older adults, and professionals to recognize the signs that a senior is a victim of elder abuse. One of the key takeaways is that isolation often accompanies elder abuse.

Elder abuse takes many forms, and every situation is different. However, studies have shown that the risk of elder abuse increases for seniors with dementia or who have a history of domestic violence.

NCEA lists the following as risk factors for victims of elder abuse:

Other possible risk factors include gender, with women being more likely to be abused than men; race, as African Americans are more likely to experience financial abuse; and health care insecurity.

Risk factors for perpetrators include:

Because of the reluctance to report elder abuse, it’s often up to caregivers to intervene on behalf of older individuals. Preventing elder abuse begins with these steps:

Share resources. Many caregivers experience feeling overwhelmed. Adult daycare programs, support groups, and other programs can help support their efforts to keep seniors healthy and happy in their golden years.