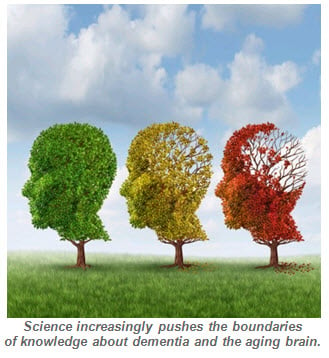 Dementia is the general term for a severe decline in mental abilities due to the brain's physical deterioration. However, not all dementias are the same. While mere decades ago people were still writing off dementia-related behaviors to senility, now researchers have an ever-increasing understanding of the brain, which has allowed them to identify new types of brain disorders. Let's take a closer look at the four most common forms of dementia.

Every 67 seconds, an individual in the U.S. develops Alzheimer's disease, according to the Alzheimer's Association. It is the country's sixth leading cause of death.

While the precise causes of Alzheimer's disease are unknown, research indicates that it stems from a mix of hereditary, lifestyle, and environmental factors. According to the Mayo Clinic, a specific genetic change leads to the development of the disease in less than five percent of cases.

Symptoms of Alzheimer's include memory loss, confusion, trouble communicating, anxiety, and paranoia. While there is no cure, many therapies can improve the quality of life for people with Alzheimer's. Because of its prevalence, the U.S. government has prioritized Alzheimer's research and the finding of a cure by 2025.
2. Vascular Dementia

Also referred to as "post-stroke dementia" and "multi-infarct dementia," vascular dementia claims the second spot on the list of most common types of dementia. According to some estimates, vascular dementia may account for as many as 20 percent of all dementia cases.

While vascular dementia occurs when stroke restricts blood flow to the brain, not all people with stroke will develop this type of dementia. Symptoms vary depending on what region of the brain is affected, but may include short-term memory problems, getting lost in familiar areas, inappropriate laughter or crying, difficulty with concentration, money management problems, trouble following instructions, lack of bowel or bladder control, and hallucinations. 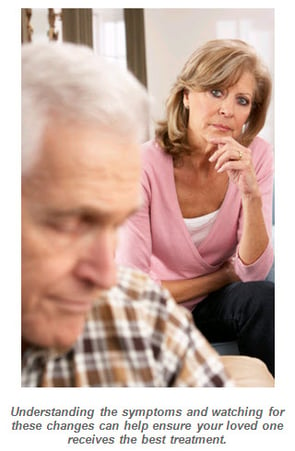 The third most common cause of dementia, LBD, is caused by the appearance of abnormal proteins in nerve cells which impair and impede normal functioning. Symptoms of LBD include sleep problems, memory loss, hallucinations, and variations in alertness.

While it can take up to two years for symptoms to reach levels where they can be diagnosed, early detection leads to better outcomes. There is no cure, but treatment methods include medication as well as non-medical options, such as physical, speech and occupational therapy.
4. Frontotemporal Degeneration (FTD)

FTD differs from more common types of dementias in two significant ways: while it affects a person's behavior, personality, language, and ability to function, memory is usually unaffected. It is also thought of as a "young" person's disease as the average diagnosis age is 60. Symptoms of FTD include decreased inhibition, loss of motivation, reduced empathy, compulsive behaviors, and anxiety and depression.

Like other forms of dementia, frontotemporal dementia has no cure, but there are effective medical and non-medical interventions for treating symptoms.
While any diseases or conditions that cause brain damage can be categorized as dementia, understanding these four main types and knowing what to look for can help caregivers ensure that their loved ones get prompt medical treatment. To learn more about clinical differences in dementia types,  challenging behaviors in dementia, behavior management in dementia and other videos on dementia training for caregivers.
If you're looking for a comprehensive resource for family caregivers, check out our online Family Caregiver Guide.
mmlearn.org offers a large library of free videos for caregivers of older adults, covering topics pertaining to senior care. Whether you are a healthcare professional or a family caregiver, if you are caring for an older adult we know that you will find mmlearn.org an essential learning and guidance tool for all of your caregiver training needs.